Finally the rain stopped. It has been drizzling in the forest for days now. The air was filled with damp and heavy smells, upon every breath the Hunter took, thousands of different aromas were infused in his nose. The slightly rotting smell of the autumn leaf-litter, the scent of the trees, the frightened exhalation of the rabbits, the strange smells of the always unreachable birds…The Hunter has not had a good meal for days, as most of the animals hid from the rain and constant dampness, but now he was pleased to notice that the forest finally got more busy and alive. He smelt in the distance the smell of his one-time brothers, who accepted him as a Leader and later on left him behind, when the antler of a huge deer badly hurt him and he was no longer the strongest of the pack. He was not angry, offended or had not other emotions: he was a wolf, and this was the normal order of life. He wasn’t hesitating either, when the previous Leader showed his weakness and he tossed him off from the top of the pack.

His groins were still painful sometimes. The wound has already scabbed over, not even its scar could be seen under his fur, but he felt that inside something was still open. He could walk, run and eat again, but sometime sharp pain took over and he had to whine. 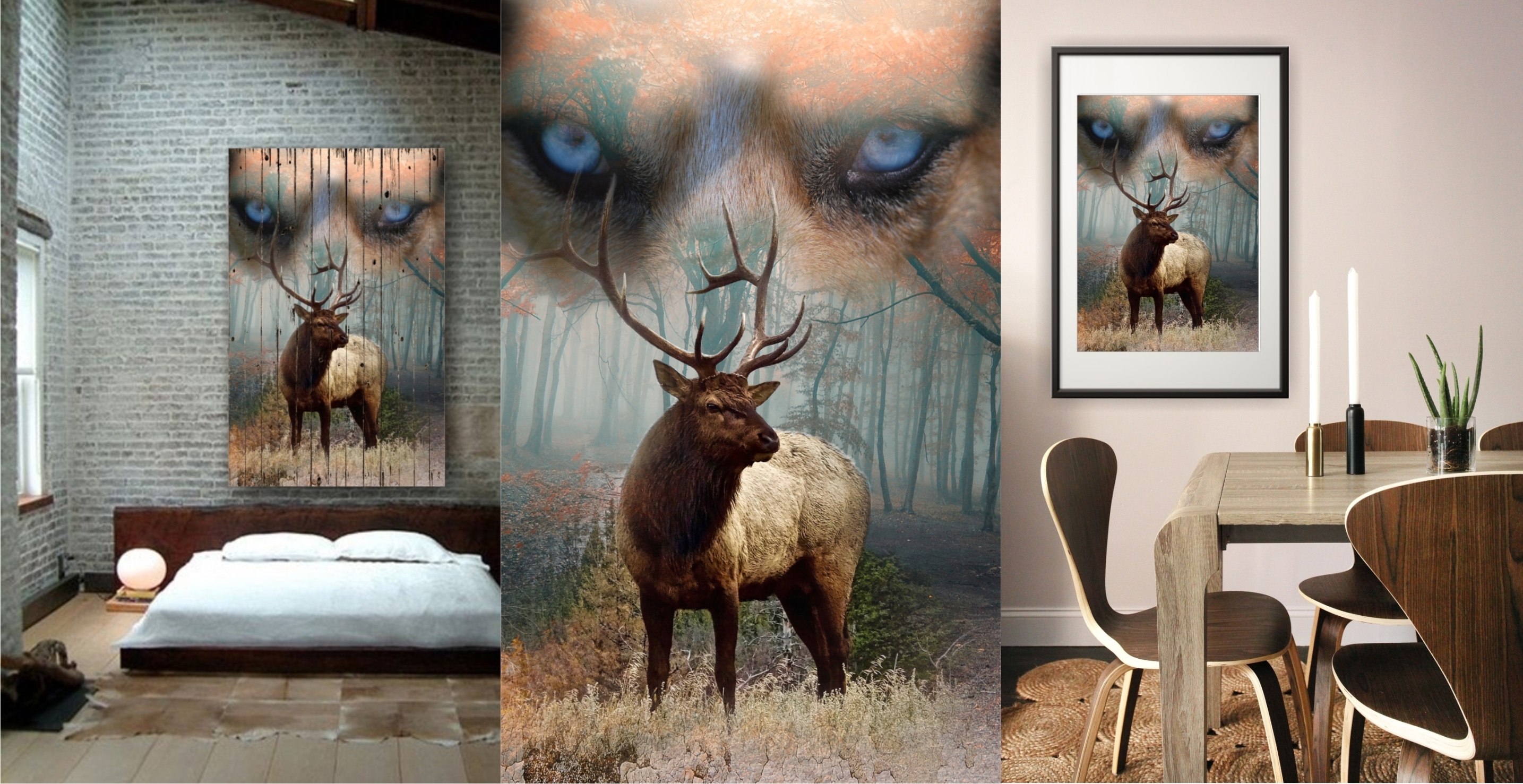 However now he only felt stings of hunger. He started to follow the scents; he was looking for the rabbits of the field to reduce the growls of his belly. But then he also detected another scent: the scent of the Stag. The animal, which hurt him so badly was somewhere nearby, he was in the prime of his life, fat and tasty. The wolf’s mouth started to water, but he knew that he had no chance against the stag as adversity makes wise though not rich. He couldn’t beat him together with his brothers, let alone on his own.

He respected the stag, but he wasn’t scare of him. He knew if he kept distance, he was in no danger.

So he set off towards the field.

From the direction of the field, however the wind brought unpleasant smells: the jingling of metal, smell of dead skin, gunpowder and barking-like sound, which was hurting his ears, which couldn’t have been made by any kind of animal. People were walking around, such hunters, who scared to use their teeth and claws, but they cowardly kill the prey from the distance. The wolf never saw them eating their pray: these creatures only loved killing. Any animal with a little brain knew that it was no good fighting against them.

They cannot smell, they cannot see very well, their ears are small and rudimental, but somehow they always notice the animals. The wolf didn’t understand how they were doing it, but he wasn’t in the mood of thinking about this mystery now. He was rather listening to his own instincts: what’s next? Shall he start moving towards the opposite direction, or the humans were everywhere?

A dog started to bark. It wasn’t a real dog: it was rather like a small, hairy thing; it looked like a drenched fox or foozled beaver. The smell of the female counterpart of the human was so strong on the dog that the wolf was too late to recognise its approach and now it was standing in front of him and was barking loudly.

“I told you to leave this mongrel lapdog home!” shouted a hunter to another hunter. “It will drive away all the game, if we are not careful!”

“Wait a second! It has picked up a scent!”

“Come one, you see! At the end the little Pomeranian dog will become the greatest hunter! Where are the hounds now?”

The wolf stood panic-stricken in the shadow. If he grabs him, he can easily break the neck of the mongrel, but he will be surely noticed by the humans even with their underdeveloped eyes. If he runs away, the clattering and the movement of the underwood will blow his cover. If they come closer, they will notice him and that is surely the end.

The greens gave a rustling sound on his left side. The stag was standing a few meters away from him. Even the mongrel got scared by his sight and was lost for sound, held his tail between his legs and ran away. The wolf could fully understand him: the stag was a lot bigger than he remembered; his antler looked heavy and sharp.

The stag didn’t do anything, he never threatened neither the dog, nor the wolf, however its presence was enough so that everyone was paying attention to him. The hunters also noticed him; they started to hideously shout at each other and the poignant metal rods were soon taken off their shoulders. They started to shoot, and it happened in a flash that the wolf and the stag, the one-time hunter and pray looked at each other and started to run away at the same time from the joint enemy.

Both of them survived without any injuries.

This is not a Disney fairytale: the wolf and the stag didn’t become best of friends, they weren’t roaming the woods together either, but they respected each other’s area and they never crossed each other’s paths.

You can buy the image of Deer by clicking on it!